In 1998, a new book appeared on bookshelves, that changed our entire understanding of health. This book, written by Dr. Michael Dr. Gershon, a medical doctor, who devoted his career to understanding the human bowel (gut) . With thirty years of research under his belt, he led an extraordinary discovery - that nerve cells in the gut (bowel) act on the brain. This action has now commonly become known as "The Gut Brain Connection. " His book "The Second Brain" has changed modern medicine, pharmaceuticals and our understanding of Irritable Bowel Syndrome and depression among other bowel (gut) related health and wellbeing issues.

"It is my opinion, that gut health, is the most fundamental influence on total body wellbeing." Frances Flannery, Founder of Dublin Vitality Centre. 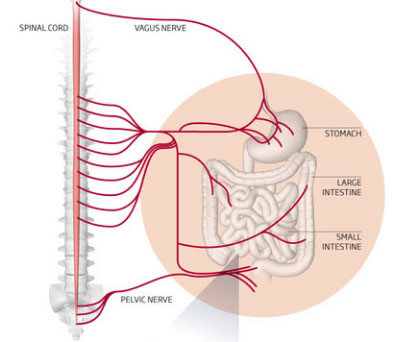 How Does The Gut Brain Connection Work?

Here is a fact that might just blow you away. Are you ready for it? Serotonin is a hormone that makes us feel good and 90% of serotonin is produced in your bowel (gut), not in your brain. That's right. Your gut produces almost all of your "feel good" hormone. Ever noticed that IBS and constipation go hand it hand with a decrease in your mood? Its absolutely no coincidence. 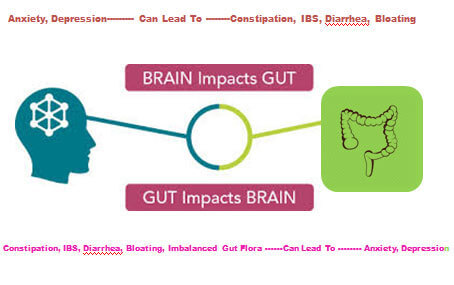 The bowel (gut) itself, has a major effect on our mood. That is the fundamental principle that was proven scientifically by Dr. Gershon through his scientific studies. What that means, is that if your bowel becomes constipated, depression results, because when your bowel (gut) stops moving, there is no further movement of serotonin. Based on this, a number of pharmaceutical companies began to create drugs to help IBS. Those drugs are anti-depressants called SSRIs. They work simply by boosting serotonin. After the findings of Dr. Gershon and the release of his book, The Second Brain, drug companies began to realise that there was a direct link between constipation and depression. But drugs are not necessary. Colonic hydrotherapy can remove impacted matter immediately, which is why people consistently feel much better after their treatment. The effects are instant and astonishing. And best of all it is 100% natural. Drugs are drugs and they are toxins. They change the biochemistry of your body and they put extra load on your liver. So for those who are seeking an instant and natural approach to boost their mood, colonic hydrotherapy combined with correct food and diet, is the way to go. 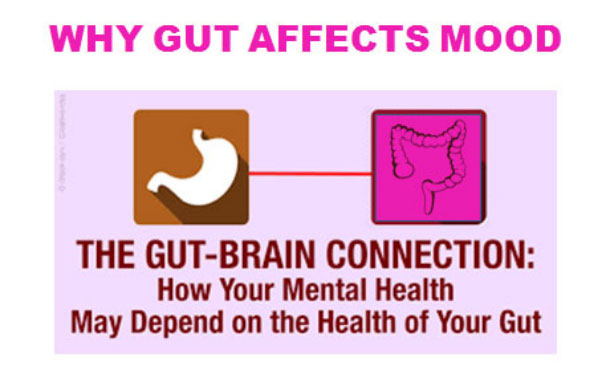 “The knowledge that signals are sent from the intestine to the brain and that they can be modulated by a dietary change is likely to lead to an expansion in research aimed at finding new strategies to prevent or treat digestive, mental and neurological disorders.”

So next time your bowel stops working of next time you feel depressed. Ask yourself one question that might strike you as a little strange at first. When was the last time your bowel moved? If your bowel has stopped moving (more than 24 hours) you will feel depressed. If you take a flight, your bowel may stop moving. One theory for this is that your bowel, although sensitive, is not a cognitive organ and although it senses the fact that you are 35,000 feet above the earth but has no way to respond. So it stops working to save you the bother, perhaps of trying to find a bathroom. If you take new medication or change your diet, your bowel may stop working. If you give us smoking, your bowel may stop working. If you go to festivals and drink alcohol and take drugs for 3 days, your bowel will probably stop working (not to mention your liver and your pancreas). And you will feel depressed. Your mood will be effected. Don't be surprised if you feel depressed. Do yourself a favour. Get a clear understanding of gut health. Have colonic hydrotherapy and a liver coffee enema as soon as you notice that your bowel function has changed. Don't wait until you are suicidal and making up reasons why. In many cases, it is physically related to the serotonin production in your bowel.