Diverticulitis is a common condition that is caused by long term impaction of the bowel (gut). In other words, if you are not going to bathroom regularly or suffer from bouts of constipation, the chances are that this condition will develop later in life. Life many conditions of the bowel (gut), the symptoms of diverticulitis do not present themselves in early life. Like most things, the secret to managing diverticulitis successfully is to be founding in understanding it fully.

The bowel (gut) is a long 5 foot tube. Its main function is to convert waste from the small intestine into solid matter (fecal matter) for evacuation. It does this by absorbing water and pushing the matter along. 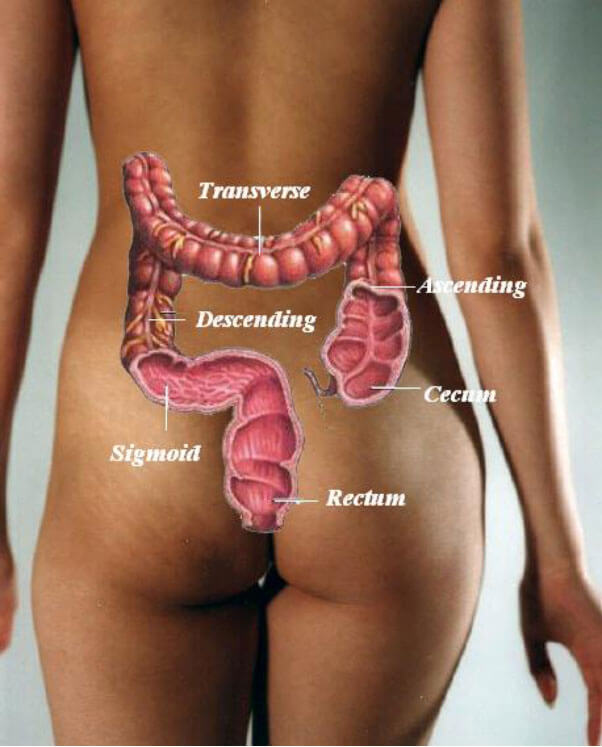 When the bowel becomes impacted, it expands. The pressure on the muscular bowel wall increases and eventually due to this pressurre, there is a tendency that the inner intestinal lining pushes out the weak areas of the muscular walls. When that happens, pouches or sacs are formed and these are called diverticula. 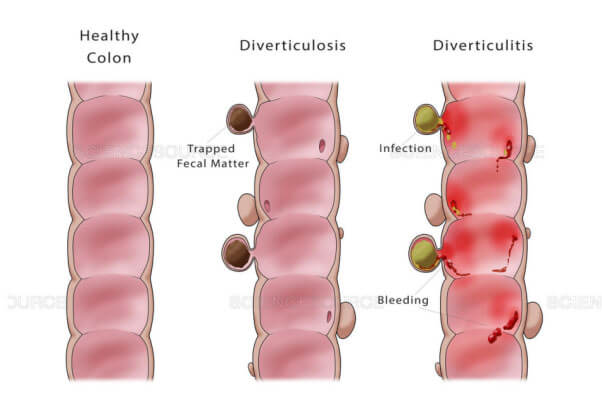 In the second image, the impacted sacs of trapped fecal matter can be seen. During this stage, it is possible to have colonic hydrotherapy which will prevent the further impaction of the sacs which is present when the condition becomes more pronounced, as is the case in the third image, which shows the bowel wall exhibiting diverticulitus.

When the impacted fecal matter sacs that have developed as a result of pressure due to constipation pushing into the bowel wall, become infected, the result is a condition known as diverticulitus. Those who have experienced diverticulitus will know that it can lead to extreme discomfort and debilitating pain.

Treatment For Prevention Of Diverticulitus

When you become constipated, book the following course immediate. Laxatives will not cleanse out the sacs (known as diverticulosis) in the same way that colonic hydrotherapy will do. This can prevent your bowel wall from becoming infected and avoid the condition of diverticulitus developing. The point to remember is that you cannot have colonic hydrotherapy when the bowel is inflamed as is the case when the condition of diverticulitus is present. Prevention is the key.